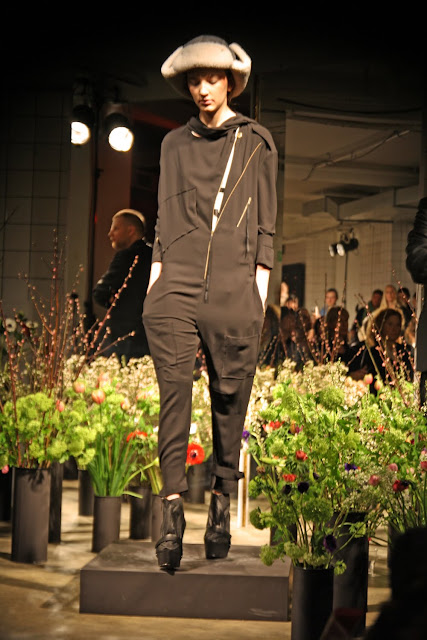 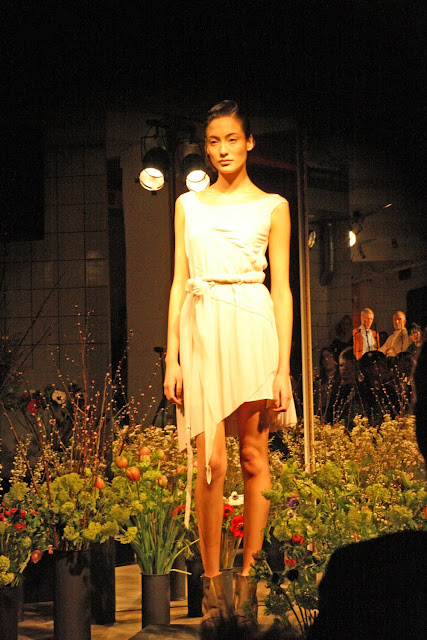 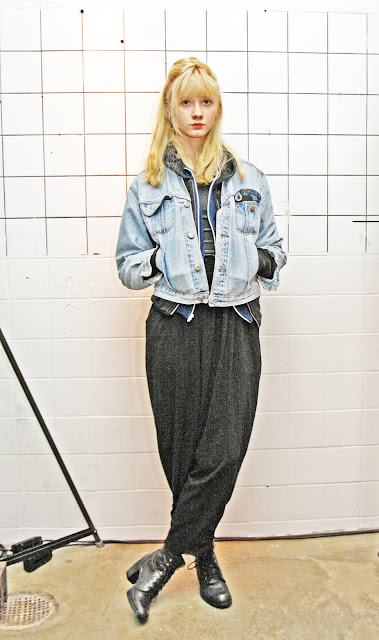 its like the girls looked in the early 90ies.the hair the light blue jeans
jacket with the tape walkman from Sony  inside..  not the shoes and not the trousers though.. 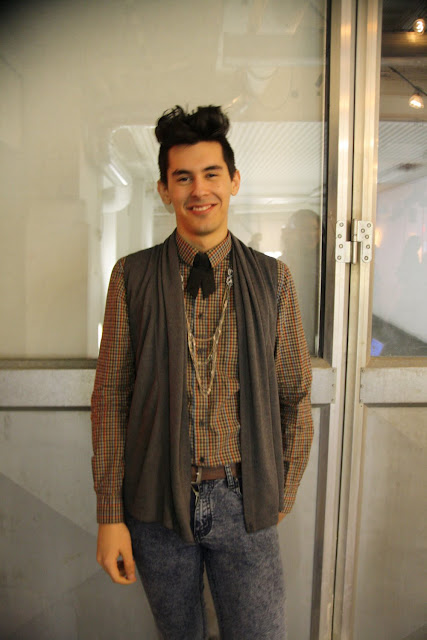 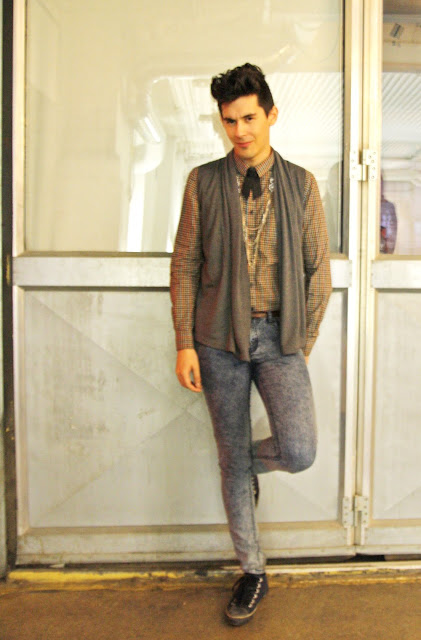 It was like in a living room when chief designer Johnny (tired from a show in London) presented some new creations, the models were just standing on a little wooden chair. Some knwon designers from H&M were there I asked myself, wil thez be bought of H&M too? aus Monki and Cheapmonday....it doesnt has to be a bad thing..it can be though.The stuff was nice. So mazbe Acne itself will soon give us the answer that some of my readers asked.. what is coming after the ACNE look... ?? More hippie, more elegance, or "more crazy" slim silouttes=more Acne so to say... Well here might be some answers.. from the Acne Showcase and Party at Stockholm, Flemingsgatan. Last 2 pics are guests.. and then there was this older man from norway owning a fahion store chain.. a real man.. he could imagine to buy in some of the girl clothes but the male collection was much to ...äh.. i said. "femine?" he said yes that was the word i was lookin gfor.. to femine for the Norwegian boys, he said and laught..Norway is known to be a rougher country than sweden i noticed myself once.. it is like Switzerland for Germans...

...based in Berlin and Stockholm I travel mainly through the colder and darker parts of Europe and became impressed by the styles people here sometimes have - even off the catwalks - even in wintertime. Besides writing my stories I started taking pictures of them on those journeys and some ended up here on this blog. Enjoy!
Eyecandy for the humanhungry from 2008 to 2013... 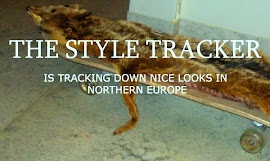